Spirulina- The truth about the popular algea 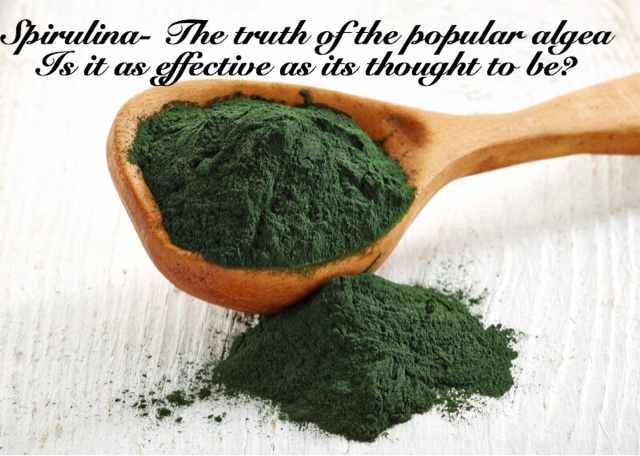 When using herbs, there has to be an understanding of how herbs work and there nature. If you see a plant as a power station, the ground is where the plant receives all its minerals as the ground is rich in minerals so it's the source of its power (is this,were the term power plant derives from?). So the plant grows and the energy (electric current as all
plants are electric) comes from the ground (rich fertile soil) all the way to the root, then to the stem of the plant and then to the leaves or berries etc as the electricity flows. So once this berry for example is removed from the plant (it's power station),It begins to loose its energy. Similar to when you remove your charger from your,phone there is still a short bit of electricity still traveling but will be terminated shortly as it is no longer connected to its power station.  This similar metaphor applies to plants, once your remove a leaf for example from its natural state, it is no longer flowing with life and is beginning to diminish.  This same applies to algea such as spirulina, spirulina once it's removed from its lake it's begins to die immediately, and has a maximum life span of 45 minutes, regardless of how its stored whether frozen, dried etc. The same principle however doesn't apply to roots, and bark as the electrical current remains there for up to 6 years. This isn't a article to ban spirulina but more of a critic, on herbal knowledge, spirulina has its benefits when taken directly from the lake it is at, unfortunately, not all of us live near a spirulina lake so can't obtain, this fresh. However roots such as burdock, yellow dock dandelion grow abundantly and have a lot more properties than spirulina, and are rich in iron the only magnetic mineral and properties last for a longer time . Give burdock root combined with dandelion root and see how you feel.
Posted by Bloom Buddie at 09:30 6 comments: 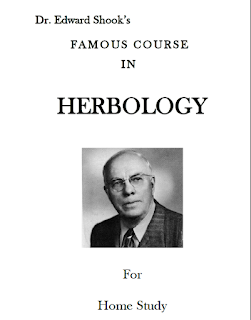 For those who don’t know Dr Sebi  who’s real name is Alfredo Bowman, he was a vegan healer who has cured patients of dieses from lupus, blindness, aids, cancer and diabetes due to only using non hybrid herbs, which are starchless and alkaline for over 30 years. Through his career as a healer, he was taken to the supreme court, for practicing medicine without a licence and making fraudulent claims of curing aids, however he won, his case as he bought over 70 people to this case who testified, that he did in fact cure patients from those “incurable diseases” mentioned.

I’ve been using dr sebi products on and off, on because when I feel slightly drained I truly can say the herbs have a positive effect. Off because they are quite expensive when you tend to buy a couple, however that being said you are paying for better health which is why it draws me back to purchasing more, and if I advice for purchasing the products I would say buy with others so you can split the shipping costs.

Banju- is a nerve tonic made for the nervous system, I found this tonic useful in preparation for studying for an examination, as it relaxed me and gave me a more a longer concentration span, this product is best for children as well who have adhd. It has a taste which I can’t really describe, but if you have tasted elderberry it tastes like that as, that is one of the main ingredients, but its not an unbearable taste and you become quite used to it.

Viento-  Is for people who have fatigue as its an energiser, cleanser and revitalizer, I bought this as it bring oxygen rich iron  to the brain, and if you read my earlier article on the important of iron, this is the product I ALWAYS purchase, as it recommends you take 4 daily but since these are natural herbs there are no side effects, I usually take double the dosage, and I personally find for me that I have this, herbal high like there is clarity no, fogged mind just my mind is clear and I know what I have to do. Similar to that feeling of clarity, you have after jogging.

Eva Salve- Eva salve is a cream for maintaining proper elasticity for this skin this, is something I truly, truly recommend for people who struggle to find cream which doesn’t make their skin to oily, or cream that makes there skin dry after being used, which is the difficulty I have, I like my cream to be just in the middle, not too little and not too much. This is the best cream I have ever had, at first when you use it, it may make your eyes water as the sage, smell is similar to vicks vapour rub which makes your eyes water, but usually its because you used to much, this cream only need a very small amount to place on your face as its very generous , which is where I use the salve, and cream my body and hair with bloom buddies cold pressed organic coconut oil, this is a definitely  one I recommend.

Testo- Testo is for promoting good blood flow to the male genitals, and good horomoe balance, this is one I would recommended to all men regardless of any situation, as I think every man, puts his genitals first or at least should do, as its important especially if you want kids, even though I cant say that you can feel it working, as im not planning for kids, just as yet, I still continue to use it as I want good virility when the time is right.

Overall my review is that the products do defiantly work, and you feel them working and have a high sensation, like you can feel the blood working and flowing, with the tablets they don’t really have a taste but, if you consume many like I do at once, you have the taste of herbs, when you burb. When using these herb tonics ideally you should drink a lot of water ideally three litres minimum of spring water (I drink highland spring) and adhere to the prescribed diet plan as it has a better effect, when you do.

Hope this found any one curious about the products useful, and if any question please don’t hesitate to email me, bloombuddie@gmail.com.
Posted by Bloom Buddie at 07:21 95 comments: